Paula and I have been trying to eat a little healthier lately, but to most of our friends and family that statement seems kind of odd.  You see, we’re two vegans surrounded mostly by meat-eaters, so when we talk about trying to watch what we eat, most people wonder what else we could possibly do?!  Well, as I mentioned in my previous post, vegansim can be just as unhealthy as any other diet, if you do it poorly.  And until recently, we’ve been doing that a lot…

There are just so many wonderful vegan alternatives out there these days:  vegan cheese, vegan sausages, vegan roasts, vegan chick’n strips.  You name it, they’re making alternatives for it.  It’s truly amazing how easy it’s becoming to “go vegan”, but unfortunately most of those options are highly processed and contain large amounts of sodium and fat.  They’re fantastic treats when you’re craving your old comfort foods but if you eat them every day, they can be almost as unhealthy as the original non-vegan versions.  So in an attempt to return to our healthy lifestyle, we’ve been doing our best to eat only whole-foods that are high in nutrients, but low in sodium and overt fat.

This can sound pretty bland when your taste-buds are accustomed to so much extra salt and oil, but with the right combination of flavour-packed ingredients, you’d be surprised how exciting healthy-eating can be!

Which brings us to today’s recipe… 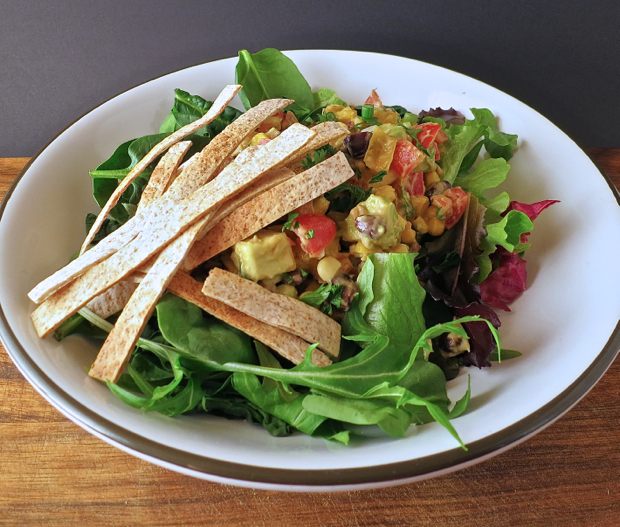 From the fresh bitter-sweet bite of lime to the subtle heat of salsa, and from the creaminess of avocado to the crunch of toasted tortilla strips, this meal is much more fiesta than siesta. Plus there’s no oil, no added salt, and no heavy bloated feeling afterward. If you’re still craving “alternatives”, the optional addition of jackfruit gives the same look and texture as chicken, but without all the cholesterol and ethical concerns.

1. Dice the cherry tomatoes, bell peppers, kalamata olives, and green onions.  The goal should be to end up with pieces about the same size as the kernels of corn and black beans. 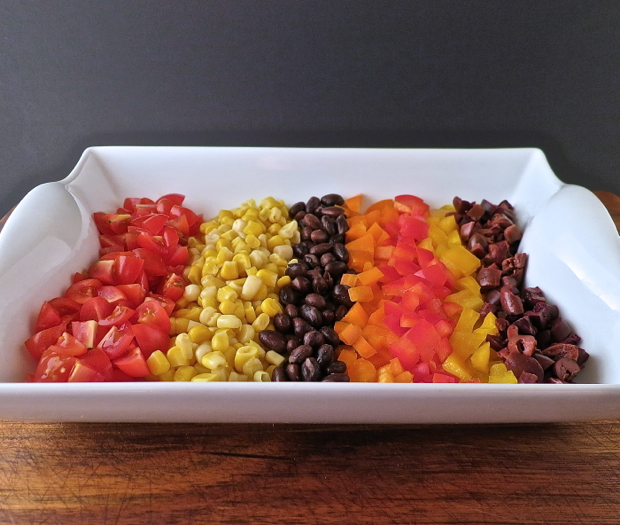 2. Slice the tortilla into thin strips and place in a dry frying pan on medium heat.  Check them every few minutes and flip when they start to become lightly golden.  Once toasted on both sides, remove from heat and let cool. 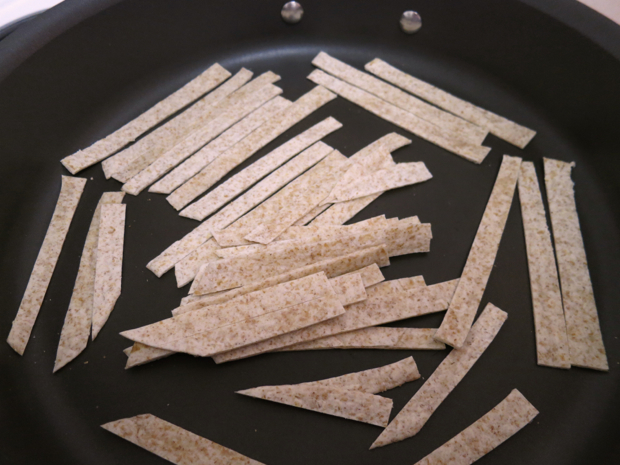 3. While the tortillas are toasting, place half of the avocado in a small blender along with the juice of half the lime.  Blend until creamy, and taste.  Slowly add juice from the other half of the lime and a small amount of agave nectar, until you’re happy with the flavour.  Personally, I used all of the lime juice and just enough agave to take the edge off. 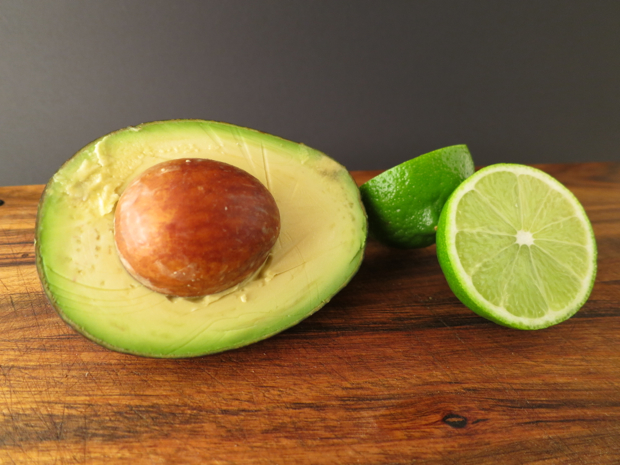 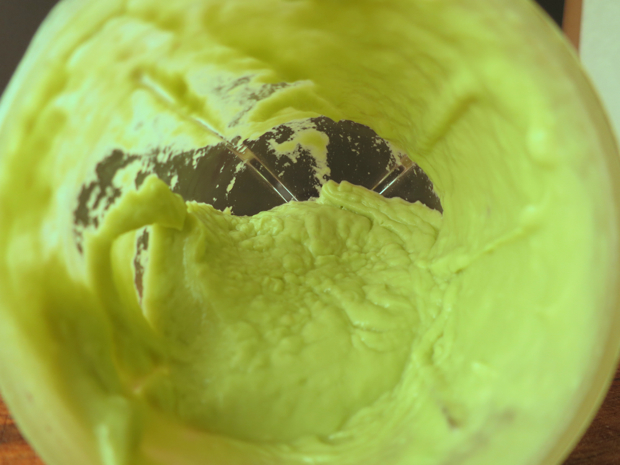 4. Mix all ingredients (except tortilla strips and salad greens) in a large bowl.  It’s probably best to add the cumin last, as you’ll want to adjust it to your taste. 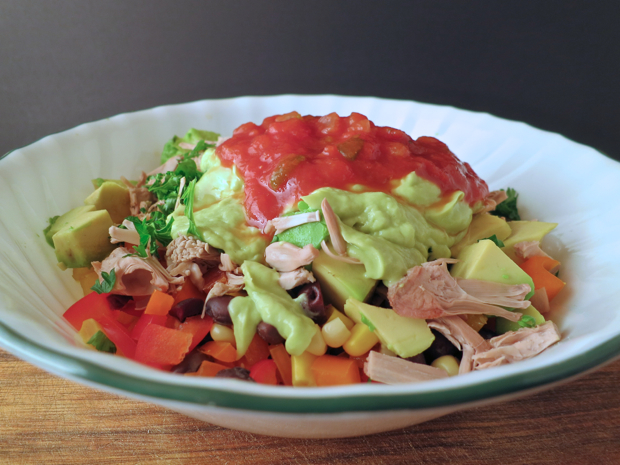 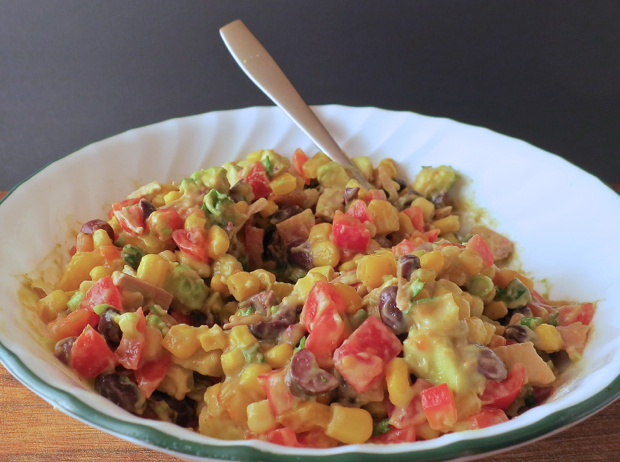 5. Once mixed, scoop onto salad greens and garnish with tortilla strips. 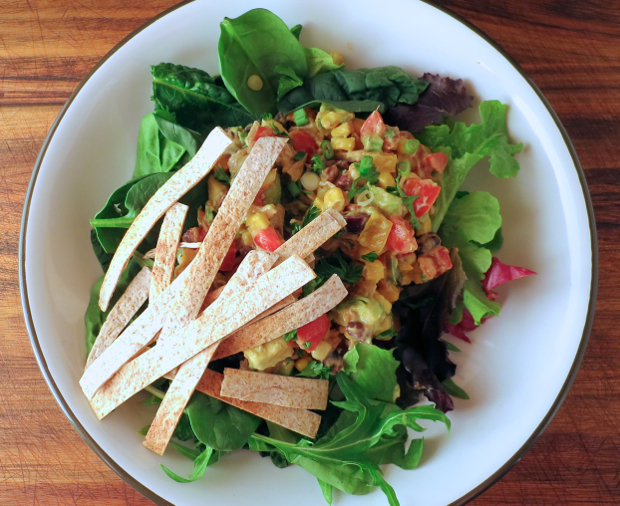