In an earlier post, I gave a pre-renovation tour of the campervan that we purchased for our honeymoon road-trip across Canada.  If you haven’t read that post, you might want to check it out first, for a better idea of what we started with.

In this post, I’ll be covering the gutting of the bedroom/dinette section of the campervan, in preparation for the addition of new insulation and updated wall paneling. 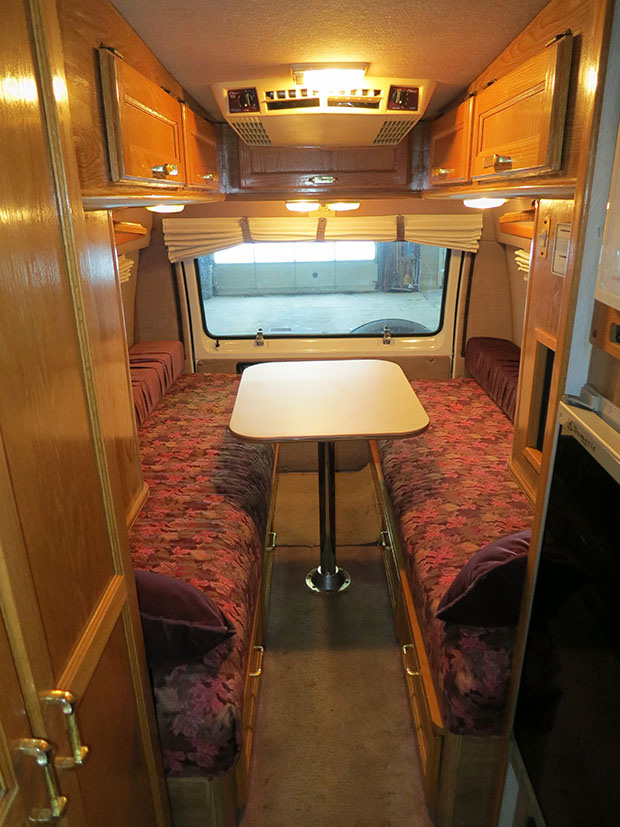 Here is a reminder of what the dinette section looked like before we began renovating.  Two benches with a mounting point for the removable table leg.  The two benches pushed together to form a bed.  You tear the bed apart each morning to create a table, and tear the table apart each evening to create a bed.  What a hassle. 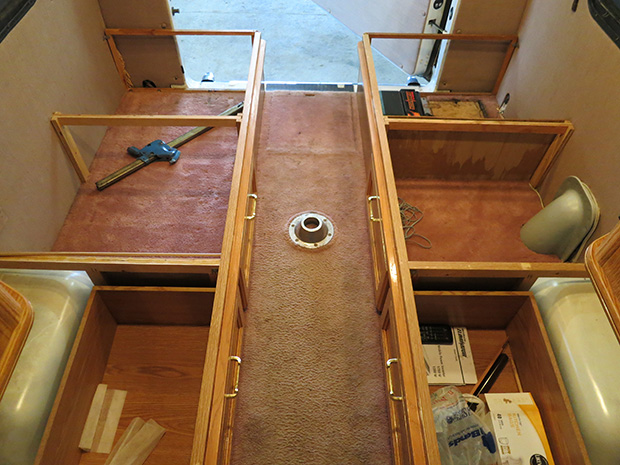 With the bench cushions removed, you can see the simple framework and storage space.  We decided to remove this entire structure and design a smaller permanent bed that would leave enough room for a semi-permanent 2-person dinette.  This would remove the need for tearing everything apart each morning and evening. 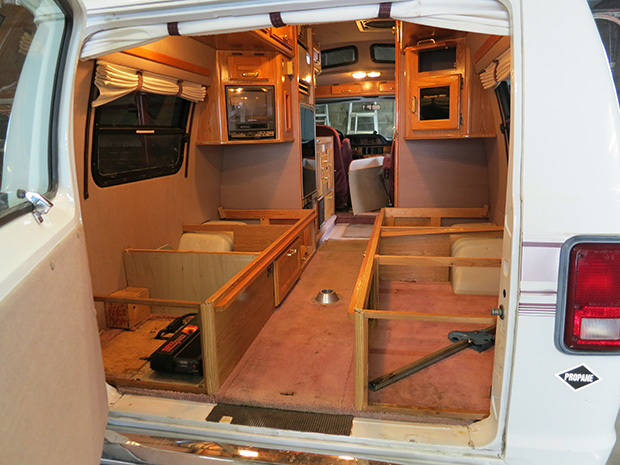 Another view of the bench/bed frame, from the rear door.

The frames were so simply constructed that we were able to remove them in pretty short order.  We also removed the TV/VCR unit from the cabinet on the left. 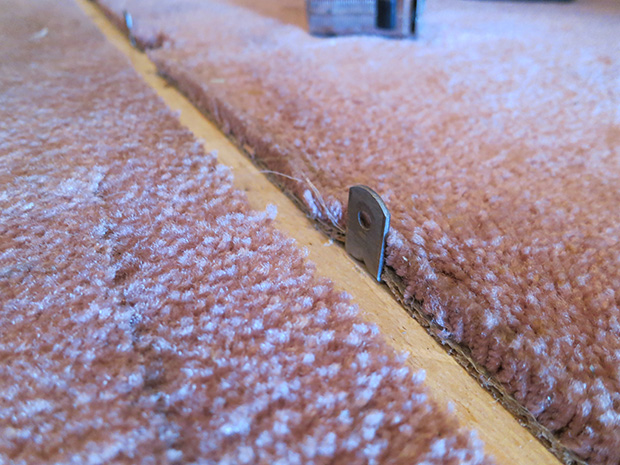 For the most part, the frames were connected to the floor using L-brackets.  We saved the brackets, screws, and other hardware so that we could re-purpose them wherever possible.

Once the structural components were removed, we got to work pulling up the old carpet.  The less pink, the better. 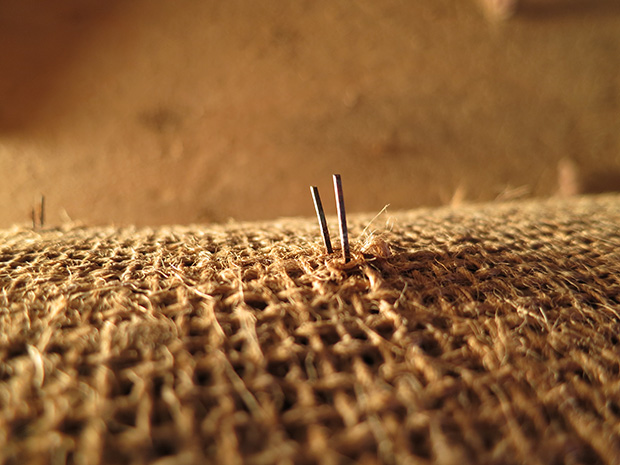 The majority of the carpeting was held down with surprisingly persistent staples. 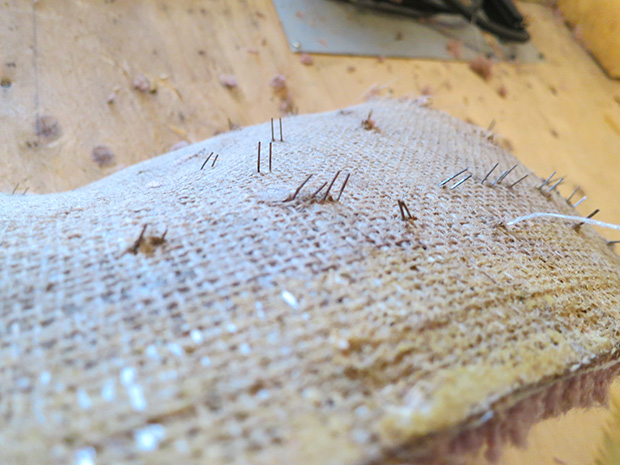 And there were thousands of them…

The table mount-point was secured to the floor with a number of screws.  With it removed, you could really see the original “dusty rose” pink.  Gross. 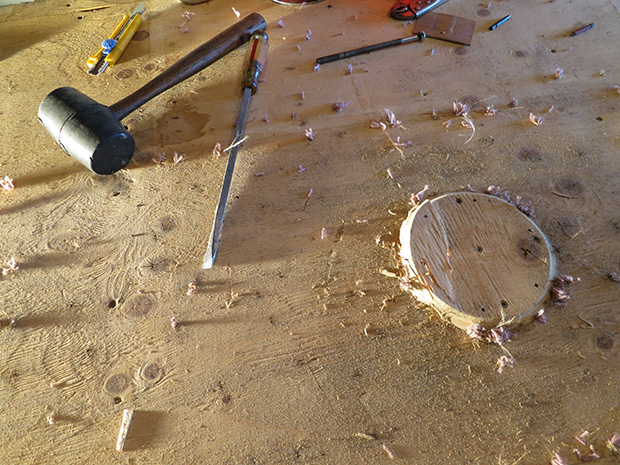 Under the carpet, there was a round disk of ply-wood where the table mount-point was attached.  It was held down with multiple screws and some sort of glue.  It took a lot of elbow grease to finally remove it. 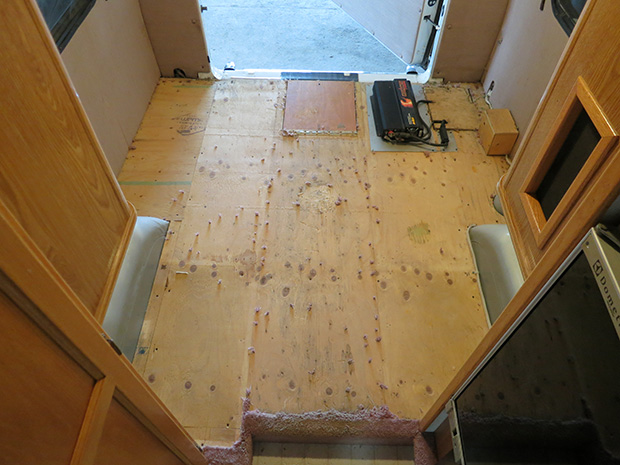 After finally removing all the carpeting as well as the ply-wood disk, poor Paula got stuck with the task of pulling out the hundreds of stubborn staples that remained in the floor. 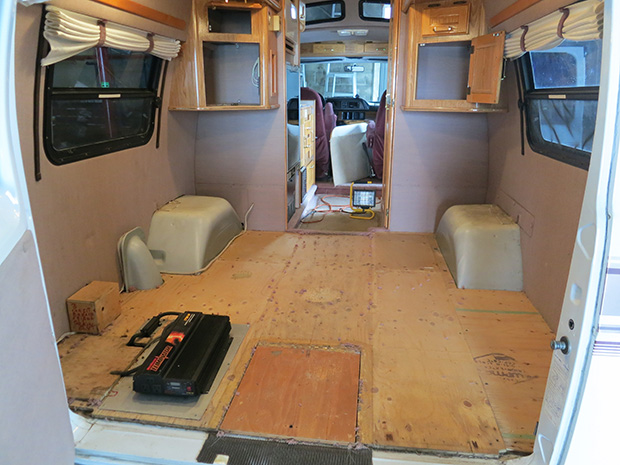 Next, we decided to remove the two cabinets above the wheel-wells, to give extra headroom for our future dinette.   Removing them was also necessary to get at the wall panels, which simply HAD to go.  The dusty rose mixed with over 20 years of grime just didn’t make for a comfortable bedroom. 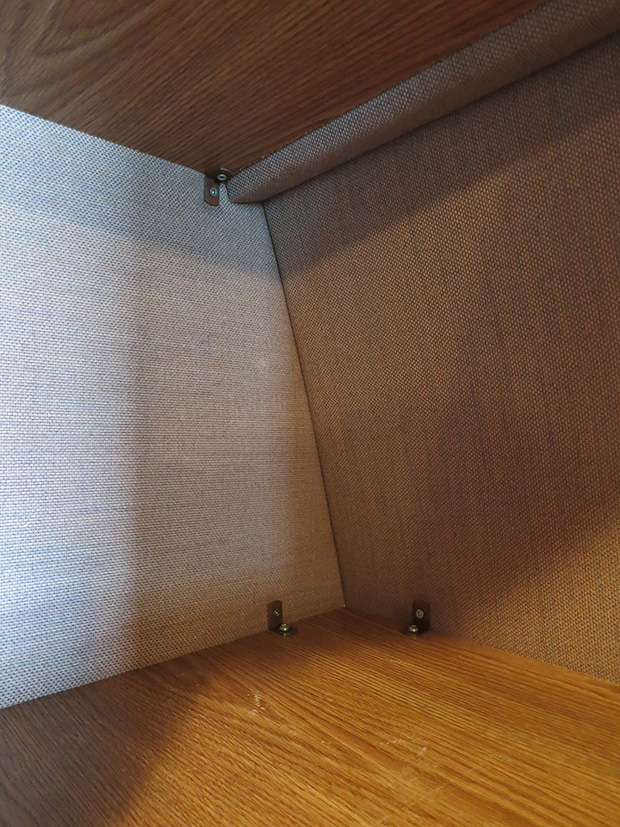 Inside the right cabinet, you can see that they were held up with more L-brackets.   Once again, this made for pretty quick work. 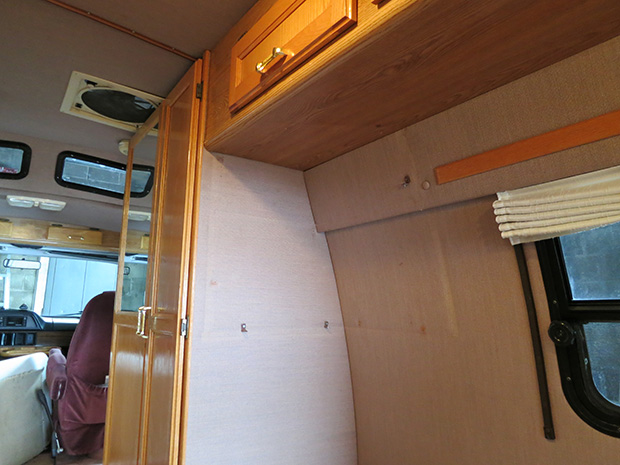 It was incredible how much extra room there was, once it was gone. 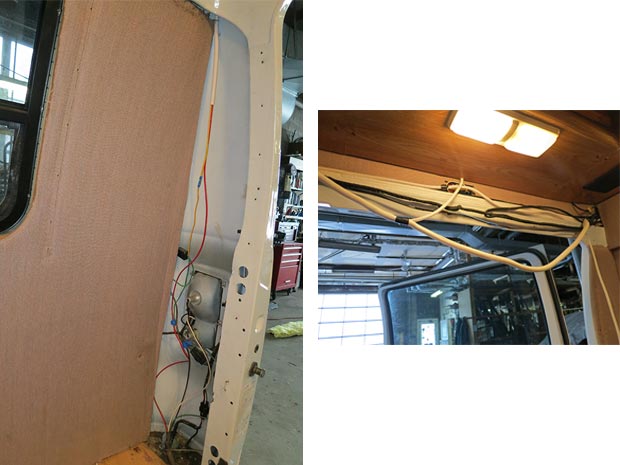 Next, we removed the rear and side panels on the right. 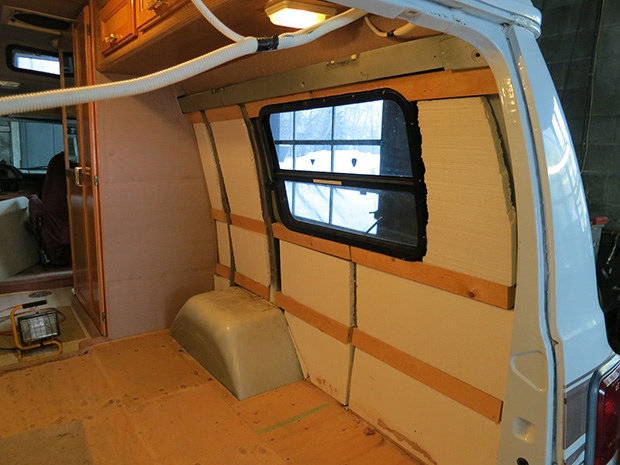 This revealed some of the electrical wiring as well as the foam insulation used on the walls.   It also showed us how many gaps there were in the insulation, and many places for improvement.

In the next post, we’ll show the addition of new insulation and modern wall panels.